Why a ‘Fixie’ Will Make You A Better Biker

Before you order our top notch original Solomone Cavalli bikes, here are some tips about fixed gear from a pro!

When I go out for a ride, I am not one for computers — too many buttons, cords, and directions. Instead, I ride a fixed-gear bike. 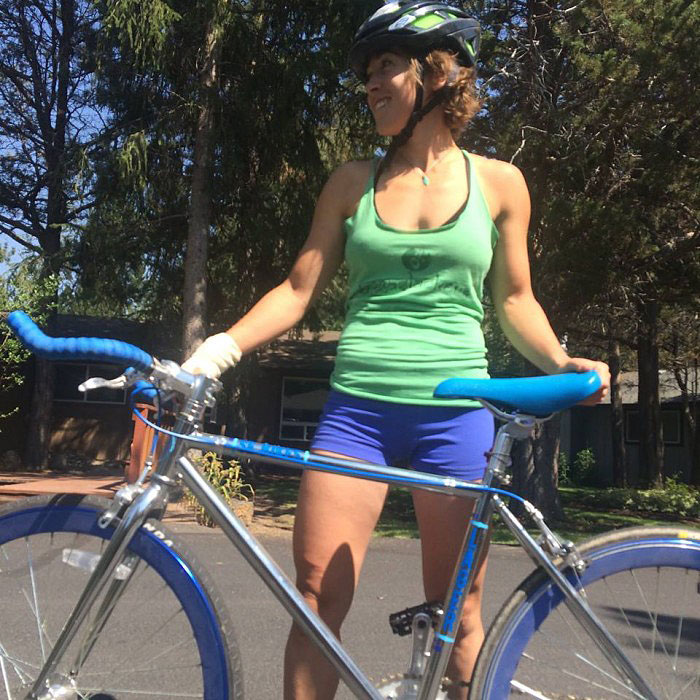 For training and exercise on a bike, I often prefer simplicity: Give me a time to be home, a perceived exertion with a conversational, hard, barely-breathing pace, and I am good. I know my heart rate is then in the right zone and I am getting fit.

So when my husband described my new fixed-gear bike as a “poor man’s power meter” to improve my cycling skills, I was all about it! He meant that without all the gadgetry I would reap many of the benefits found by cycling with a computer, such as improved cadence and pedal efficiency.

It took me a couple rides to get used to the fact that the bike is essentially a direct drive train — there is no coasting, no back-pedaling, and eventually for many fixed-gear riders no need for brakes. After a few shin bangs and some exciting descents, I began to get the hang of the ride.

Not only is a fixie fun to pedal, but it has made me into a more efficient, focused, balanced, and more intelligent rider. Here’s how:

Because there is no freewheel in the rear hub, there is no way to coast. You are forced to keep pedaling on all gradients, which forces you to keep your pedal strokes smooth and efficient. Within minutes of my first training ride, I could feel the dead points in my stroke.

The necessity to power through all types of terrain — flat, uphill and downhill — in one fixed and steady gear helped me pedal in smooth and consistent circles rather than coasting and mashing. There is no room for that slop on a fixie.

Cadence is your pedal speed, and it is measured by counting the number of times your legs complete full circles in 60 seconds of riding.

A high cadence (100-110) is more efficient and better than a slow cadence (70- 80) because your muscles don’t take such a beating, your lungs and heart recover faster, it is less torque on your knees, and it allows for faster accelerations with less effort.

Before the fixie, I was at an average of an 80 cadence on my road bike. After only two weeks of consistent riding on my fixie, I have already bumped my average up to 95.

The fixie helps because it never lets you get lazy and coast. It makes you pedal, which forces your legs into a perfect drive ratio with the speed of your gearing.

Fixies do not need to have brakes; you can slow and even come to a dead stop just with the pedals. (Although it is highly recommended to use brakes when you are learning or riding in an urban setting). This forced me to always be on the lookout for what is going on around me. I am always looking for cars, squirrels, and other obstacles. The focus obtained on a fixed-gear bike can be intense. It adds to the riding experience. 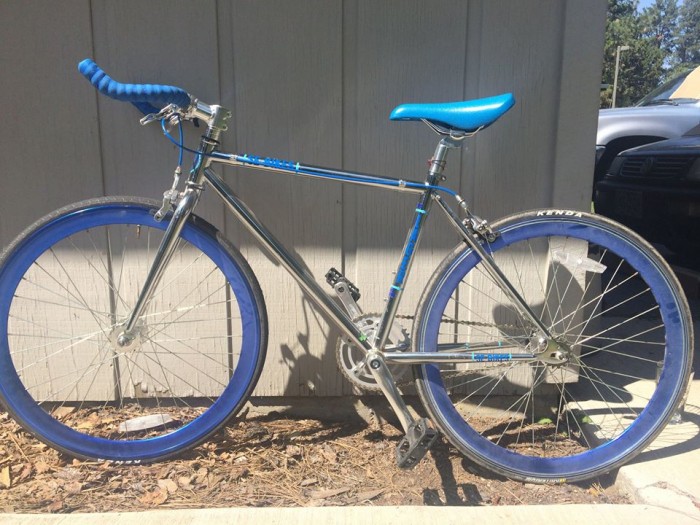 Bike handling is a little different on a fixie. Taking corners, for example, since you are not able to coast, you can’t lean into the curves as much. So being able to calculate just the right amount of lean takes practice. My ability to slowly stop and keep the bike balanced while at a dead stop is improving every time I ride.

You can turn an old bike into a fixie, or you can usually find one for a relatively cheap price. My husband got me one online for $439, but he later found similar one at the used gear shop for even cheaper.

It has a flip hub for the option of turning it into a singlespeed with a freewheel, and it has 650b wheels, which makes acceleration and deceleration easier. There are brakes on my fixie, and I plan to keep them on for a while.

Each season our talented designer curate

a exclusive collections you can only find in VILLASENSE We aim to provide excellent experience and help build warm and welcoming home. Our collections feature everything you need

to decorate your home for every holiday

from Easter to Christmas, including holiday

other holiday decorations. We can offer you something special that you will treasure for years to come.

Whatever is your liking, VILLASENSE has the home decor online brought to life.